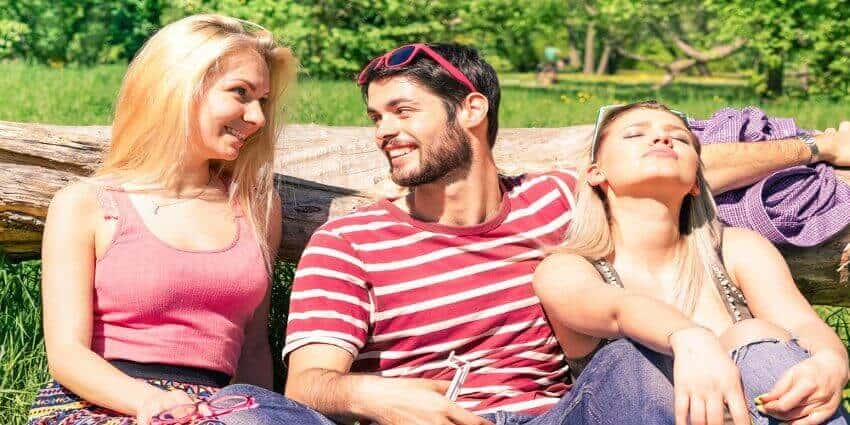 Your Teenage Daughter Is Promiscuous And Sleeping With Older Men: What Should You Do?

Is My Daughter Promiscuous?

The first thing Deb and other mothers should understand is that a teenage girl who sleeps with older men is not necessarily “a promiscuous teen.“

Additionally, genuinely promiscuous individuals do not care about the other person’s feelings. Nor are they concerned about their health or the health of their partner.

Unfortunately, the word “promiscuous” is now used to negatively describe anyone who has sexual relationships with multiple partners.

However, psychologists assert that “promiscuity” should only be used when referencing someone who engages in compulsive sexual behavior (sex addiction.)

Let’s be clear, being sexually active does not mean your daughter is promiscuous.

Adolescence is a time of physical, emotional, and cognitive upheaval. In addition to developing physical characteristics of young adult women, teen girls contend with the powerful pull of peer pressure.

Experiencing a constant sense of belonging in high school and participating in afterschool activities is an essential aspect of adolescent life.

When a teenager does not feel like they “belong” or can’t find a way to “fit in,” they may become depressed. Develop eating disorders, use drugs and alcohol or adopt self-harming behaviors, including promiscuous behavior.

What if Your Teen Daughter Sleeping With Older Men?

Erin’s search for belonging, self-esteem, and a sense of self-identity may have led her to seek relationships with older men. Some teenage girls view older men as “status symbols” because they are usually living on their own, have jobs, money to spend, and drive flashy cars.

When young people like Erin engage in sexual activity without regard for the consequences, it can often be a way of rebelling against parents who she views as too controlling.

Some teen girls living in dysfunctional families may think an older man will “rescue” them and take them away from a horrible home environment.

The only way Deb will discover why Erin is sleeping with older men is to simply sit down and have one of the most difficult conversations she will ever have with her daughter.

What Parents Should Know About Teen Girls and Older Men

The first question parents want to know the answer to is:

Why would a 23-year-old man want a relationship with a 16-year-old girl?

For many of the same reasons, a teen girl wants to have an older boyfriend.

It’s no secret that many older men feel a twinge of envy when they see a 60-year-old man with a 25-year-old woman. This reaction is no different when it involves college-aged men dating teen girls.

If you are wondering why older men are attracted or want to date a teenager.  The answer is simple, it comes down to ego!  However, the roots of the attraction are more complicated and explained in evolutionary psychology, female fertility, and men having as many offspring as possible as a sign of virility.

While the dynamics of why a teenage girl sleeps with older men is not entirely explainable in a few paragraphs, understanding such relationships’ consequences is straightforward.

When parents talk to their teen girl about “hanging out” with older men or engaging in risky and dangerous sexual behaviors. Tell her the consequences, be clear and avoid judgement. Please make certain she understands the risks and the harm that can result from her sexual behavior.

In some cases, promiscuous teenagers may have deep psychological problems that require professional treatment.

High-risk, compulsive sexual behaviors and extreme sexual activity are considered by most experts to be signs of sexual addiction. Mental health experts have conducted studies that confirm that when an individual is diagnosed with compulsive sexual behaviors (sexual addiction), most often, there are other long-term underlying conditions  like mood disorders, attention deficit hyperactive disorders (ADHD), anxiety, and substance abuse.

If your daughter is promiscuous, involved in a sexual relationship with an older man, or actively participating in high-risk sexual activity, speak to a mental health professional. You are right to be concerned.

Teens that engage in these behaviors have self esteem issues.  Victims of sexual abuse, rape,  molestation or trauma victims have been known to use sexual encounters as a way to deal with what’s happened to them.

Start by speaking to a therapist and discussing your concerns.

If your child refuses treatment, therapy fails, she rebels or refuses to change her behavior.  It may be time to consider a more aggressive or comprehensive treatment program like a therapeutic boarding school or residential treatment program with experience working with adolescents and sexual addiction.

The Reality of Teen Sexual Promiscuity

Call us today to learn about several options available to parents of troubled teens who would benefit from therapeutic residential treatment involving behavioral therapies, life skills counseling, and academic assistance.

How to Talk to a Teenager Who Doesn’t Want to Talk? 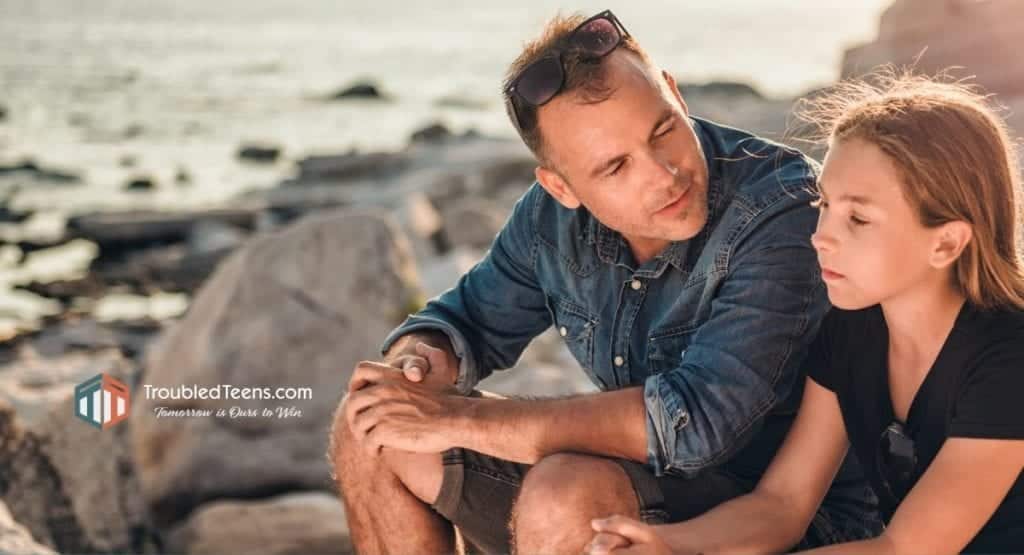 Speak to an expert about Dealing With Your Promiscuous Teenager and your teenager.