Every parent knows that dealing with children during their teenage years can be difficult, for both parent and teen. Therefore, valuable parenting support is a welcomed relief and parent resources appreciated.

Parenting children through the process of making the complex transition from childhood to adulthood as they are undergoing immense hormonal and physical changes can be tricky. Teens at this age test boundaries and all too often begin to head down the wrong path. Meanwhile, parents continue to try their best to keep teens disciplined and focused on building for their future. This is often much easier said than done.

One of the toughest things for parents of teenagers to grasp is why their teenager is acting disobediently or out of character. One reason could be that they are trying to create their own independence, away from their parent’s identity – which is normal. However, in order to become independent, some teens act out in a rebellious manner.

Teens intentionally fail to listen to parents and act out their own set of principles. In many cases, teens argue with parents, often using disrespectful aggressive tones. As frustrating as this can be, it is important to remember that a teenager is still a child and are unable to behave as an adult.

Another reason your child may be acting out is “hormones.” Teenagers tend to be chemically unbalanced and may experience quick and drastic mood swings. The hormonal shifts could cause a loss of appetite, energy shifts and alter their overall disposition. However, it is important not to always blame their behavior on hormones. If you are finding that your child is always moody, or is often disruptive or violent, then their problems could be due to a serious emotional disorder, such as being bi-polar or having a severe depression.

Additionally, other mitigating factors such as substance abuse, anxiety, peer pressure, family issues or the loss of a loved one could lead to disruptive behavior. Whatever the reason is for your child’s negative behavior, it is imperative as parents that you pay attention and look for any possible warning signs. The sooner you diagnose their problem, the better off your child will be.

Setting clear and concise rules and consequences is very beneficial for parents and teenagers. All teenagers are eventually going to break one of your rules. But if you stay consistent, enforce your policies and allow natural consequences to occur, your teen will find that people must be responsible for their actions.

More On This Topic 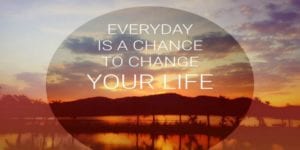 Updated on October 2, 2020 We know that parenting teenager is not easy in any terms, therefore we have provided... 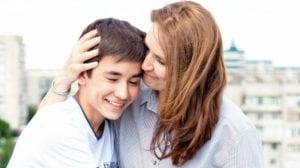 Updated on October 1, 2020 Different Parenting Styles Studies have shown that there are 4 major parenting styles that most... 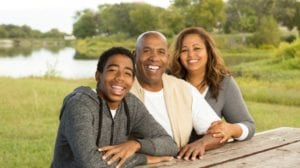 Updated on October 1, 2020 Studies have shown that there are 4 major parenting styles that most parents fall under....

It is also essential that parents employ preventative measures to help influence your child’s behavior. For instance, parents must lay down clear and concise ground rules that elucidate to your child what behaviors are unacceptable.

Here are a few suggestions as to how parents can set up your ground rules:

Sometimes, despite our best intentions, our teens will continue to ignore our rules and engage in disruptive behavior. Perhaps revising a certain punishment will show them how serious you are about them acting properly. If you are finding that your efforts are not working, then the best thing you can do for your child is found help for them. Perhaps talking to a therapist will clear up their issues.

Also, you may want to thoroughly investigate proven treatment programs such as a boarding school, treatment center or a wilderness camp to see if their program could help your teen. It is prudent to not search for the most convenient option by choosing the program that is the cheapest and closest to your house.

We strongly recommend that you research which program fits your child’s needs and which one will be most effective in correcting their issues. Be certain that the program you select is properly staffed and employs trained professionals who have the expertise and experience needed to help your child. The most important thing is that you find the help that your child needs.

Laying Down the Rules

One of the most challenging aspects of raising a teen is setting fair ground rules that your teen will respect and obey. Teenagers are inherently rebellious and could engage in unsettling behavior without a concise set of rules from their parents or guardians. It is imperative that you set specific rules and consequences while clearly communicating them to your teen. Conveying what the specific consequences will be can help you avoid arguments about any arbitrary punishments that you devised after the rule was already broken.

Proven Parental Tips for Setting Rules for Your Teen

Be Consistent – It is essential that you always enforce the rules. Choosing to ignore a broken rule will cause accountability issues with your child and lead them to believe they can pick and choose which rules to follow.

Set Rules on Communication – Smart parents set guidelines on when a teen needs to contact them. For instance, if they have permission to be at a friend’s house, they must call for permission to go to another hang-out spot. Also, it could be beneficial to require them to always pick up calls or return text messages from you on their cellular phone.

Get Teens Involved – If possible, make your child feel part of the decision making the process by negotiating different rules and consequences with them.
Make Yourself Available – Teens should never be afraid to call you for a ride or advice if they are in an unpleasant situation.
Reward Good Behavior – Positive reinforcement can be a wonderful deterrent to your child breaking the rules.

Possession is the Same as Using – Implement a zero-tolerance rule about a child having substances that are illegal or not allowed in your home. This will avoid the “it belongs to a friend” excuse and avoid the slippery slope of letting a child think its okay for them or their friends to possess a troublesome substance.

When your child does inevitably break a rule, it is crucial that you don’t take away the consequences of their mistakes. In order for your child to respect your clearly stated rules and consequences, you must hold them accountable when they choose to still break a rule. If possible, let your teen deal with the natural consequences that come from not doing the right thing.

At times, this can be as or more effective than implementing your own punishment. For example, if they break something around the house, make them earn the money to pay for the damage by doing jobs around the house, or jobs for neighbors or other family members. Instead of simply grounding them or taking away a privilege, they will learn that all actions have natural consequences and all people must be held accountable for their behavior.

Did You Find the Information You Needed?

Speak to a Counselor about your specific situation today