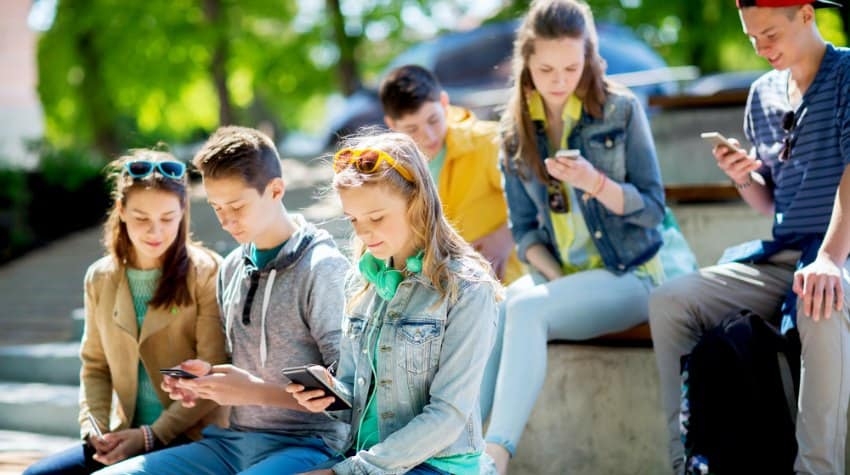 It’s been less than twenty years since the technology of the internet first appeared as part of the public day to day life. In that short span of the time, we have watched collectively as the internet has grown from a government-backed idea of fast communication to a worldwide powerhouse of information, ideas, videos, and interaction.

With such accelerated technological advancement always comes a range of social and cultural issues. At the leading edge of these problems is an addiction. The internet and it’s seemingly endless paths of options for research and entertainment offer the perfect place in today’s age for a teen to develop potentially harmful and dangerous addictions. As a parent, it is important to understand these social dangers and learn the signs of teenage internet addiction.

Is My Teen Spending Too Much Time on the Internet?

This is a question too often asked by parents today. What is a reasonable amount of time for your child to spend online? The answer is unfortunately not as simple as presenting a number of minutes or hours per day. It is important to understand a number of factors to determine if your teenage child is addicted to the internet.

Does your Child’s Education Require Use of the Internet?

One of the major advantages the internet offers our modern society is the ability to quickly find the vast knowledge on a wide array of subject matter. This can be a powerful tool for your teen and their education process. As a parent, make sure to have a grasp on how your son or daughter is spending their time.

How Much Time is Spent “Messing Around” on a Computer Every Day?

Understanding how your teen uses the internet every day is very important as a parent. Spending too much time lost in the depths of the internet can have a negative impact on the development of your children. Make sure you know how your teen’s time is spent.

Dangers of Internet Addiction and Your Teens Growth and Social Development

Recent studies have revealed a new condition arising in teens and children throughout the world directly related to internet addiction and use. IAD, or Internet Addiction Disorder (also known as IUD, or Internet Use Disorder), is emerging as a major concern for teen and child development.

The American Psychiatric Association has been engaging in studies aimed at potentially officially classifying this new disorder within the DSM (Diagnostic and Statistical Manual or Mental Health Disorders). This represents a major shift in how mental illnesses are viewed and treated from the medical community.

The studies leading toward to push to officially recognize this mental health disorder in teens are producing alarming stats to date. Most recent studies into teenage internet addiction have shown a number of troubling results:

Neurological activity associated with internet addiction appears to be closely associated with similar demonstrable changes in the brain similar to those seen in teens addicted to both cocaine and heroin.

Understanding how your teen or child uses the internet in their lives is the first step toward dealing with teenage internet addiction. Talk to your child about the amount of time they spent online and playing video games. Encourage physical activity and other actions not related to computer use in their lives.

The internet and computers are powerful and useful tools in our modern society. They are also easy to abuse. Work with your teenage boy or girl to help them to understand and avoid the dangers that are emerging with this new and troubling trend of Internet Use Disorder.

Speak to an expert about Teens And Internet Addiction and your teenager.