A Few Facts About Teen Drug Use 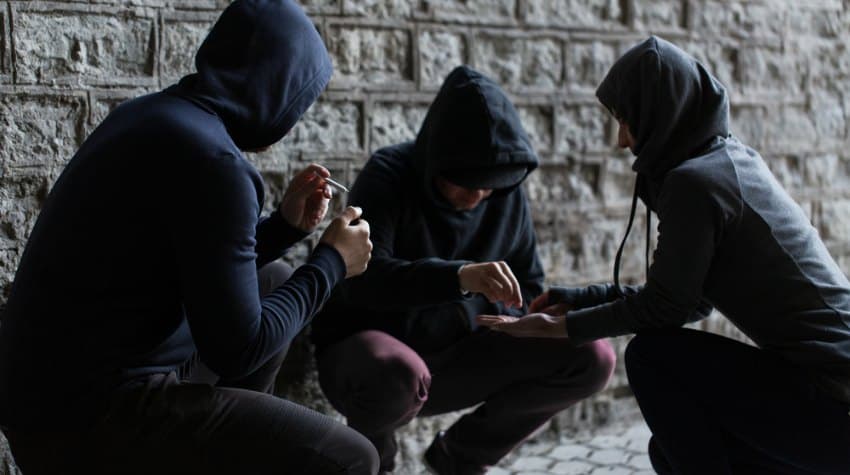 All parents worry about their teen experimenting with drugs. Drug use can lead to health issues, addiction and legal issues among many other things. It is imperative that parents stay apprised of the current drug trends and be on the lookout for the warning signs that could indicate your child is using drugs. If you fail to realize the problem, or neglect to act on it, you could find that your teen has a drug problem that is spiraling out of control.

A Few Facts about Teen Drug Use

The most common illicit drug used by teens is marijuana. Research indicates that over 2 million kids over the age of 12 are annually introduced to marijuana. Most incorrectly assume that smoking marijuana isn’t as harmful as other illegal drugs, while in reality it just leads you down the path of a problem teenager. In addition to it being perceived as less harmful, it is also easy to obtain and less expensive than most other drugs. In fact, according to a study done in 2010 by the National Institute on Drug Abuse, marijuana use is now more prevalent than cigarette smoking among 8th-12th graders.

Other common illegal drugs used by teens are prescription medications, cocaine, ecstasy, hallucinogenic mushrooms, LSD, and heroin. Teens have also been known to abuse over-the-counter medications and supplies used around the house, such as glue sticks and gasoline to get high.

Why do They Use?

Teens use drugs for an assortment of different reasons. Many do it to fit in with the “cool crowd.” If they are trying to be accepted by a peer group who uses alcohol and drugs, they are likely to use to continue to fit in. With teenagers being extremely impressionable, they are likely to perceive drugs as being acceptable if all of their friends use too.

Another reason could be that the teen is using drugs as a coping mechanism for real or spiritual pain. Many teens have turned to drugs after the loss of a loved one, a parental divorce or a difficult breakup. Some continue to use after experiencing an excruciating injury. Sometimes, they just take it because of the pleasure they feel from getting high. Whatever the reason may be, it is crucial that you stay on top of your teen’s habits and intervene if you think they are using.

What are the Warning Signs?

Here are some general signs to be on the lookout for:

First, remain calm. Yelling and jumping to conclusions will not help you solve the issue. This doesn’t mean you shouldn’t make a big deal out of your findings. It just means you should keep a level head and show them how much you care. When you are talking to your teen, use specific examples by telling precautionary stories about drug users you knew or stories you’ve seen in the news or in documentaries, movies, magazines etc.

Your message may be conveyed more effectively if you come across in this tone, rather than in a preachy voice. Reiterate the rules you have about drugs and elucidate the fact that possessing is the same as used in your household. Taking away privileges could also help to teach them that using drugs is simply not acceptable.

The next time your teen wants to go out or hang out with friends, it would be wise to set specific rules and limitations. If they go to a friend’s house, have them check in and require they provide the phone number of the parents who are responsible for watching over the teens.

It is also a sensible idea to advocate they get involved in sports or other extracurricular activities. The less free time they have, the less likely they are to consider using drugs. Make sure you show your support for any positive changes they’ve made.

If you are finding that your child is still using drugs, then it is time to uncompromisingly intervene. Keep in mind, the quicker you attack the problem, the better off your child will be. If talking and taking away privileges haven’t worked, then it could be time to seek professional help. This is especially true if your child has been stealing or engaging in other destructive behavior in order to support their habit.

If they don’t get the help they need, they could end up in legal trouble or continue down the vicious cycle of addiction. You may want to contact a drug counselor, a residential treatment facility, or a therapeutic boarding school to find out how they can help set the foundation needed to get your teen off drugs.

Speak to an expert about A Few Facts About Teen Drug Use and your teenager.