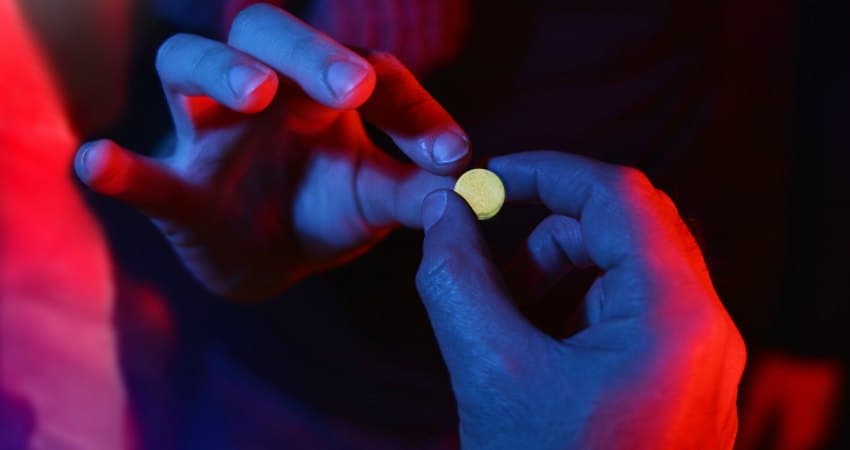 MDMA is a popular synthetic and psychoactive drug that contains similar effects to methamphetamine and the hallucinogen mescaline. Classified as a “club drug”, MDMA is often used by young adults in nightclubs, raves, bars, and social gatherings. This orally consumed drug is attractive to teenagers; due to the effects of increased energy, euphoria, distortions in time, and an overall feeling of emotional happiness.

Ecstasy drug tablets are often sold containing other substances that are unknown to the consumer. This creates an additional risk for the possibility of a negative short-term and long-term effects.

The Short-Term Effects of MDMA

Ecstasy primarily affects neurons in the brain that use the chemical serotonin to communicate with other neurons. Ultimately, the drug increases and prolongs the serotonin signal which results in a boost of energy and euphoric feeling. Heatstroke is the leading cause of death from ecstasy due to the body having a drastic increase in body temperature.

In addition, shortly have consumption users can experience confusion, depression, and severe anxiety. This can be a dangerous combination in a party setting for teenagers; even more so if MDMA is mixed with marijuana and alcohol.

MDMA can also cause the following short-term effects:

The Long-Term Effects of MDMA

Many teenagers do not understand the full extent of the effects that MDMA can have on your mental and physical state. Ecstasy affects the same neurotransmitter systems in the brain that is targeted by other addictive drugs. A study found that 43% of MDMA users met the diagnostic criteria for dependence. This makes continued use of the drug more probable among young adults.

Long-term effects of continued use of MDMA include serotonergic changes within the brain. Serotonin acts as a neurotransmitter that moves messages between nerve cells and helps regulate mood, appetite, and memory. When an individual contains low levels of serotonin, it can result in weight gain, depressed mood, and loss of memory.

In 2015, approximately 1.1 million Americans used ecstasy for the first time, which had increased from 894,000 in 2016. These rising numbers make it crucial for parents to become more aware of the dangerous effects that MDMA can have. By understanding the facts, it’s easier to educate your teenagers about the risks associated with MDMA drug use.

Speak to an expert about Critical Information About MDMA Otherwise Known As Ecstasy and your teenager.