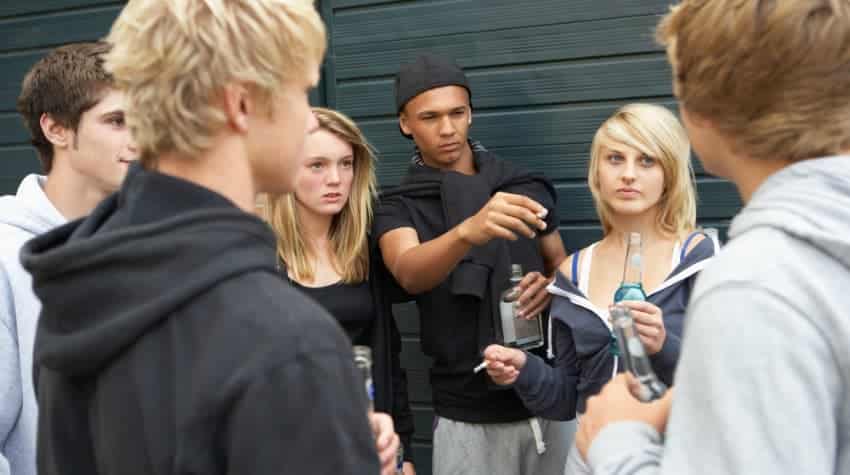 The Connection Between Teens and Gangs

There are times where teens become involved in gangs and gang activities. “Gangs” have been around for longer than you might expect. Many different gangs also have roots in the different prison systems across the United States as a form of protection while incarcerated.

After the release of some of the short-sentence offenders that joined that gang in prison for protection brought that same attitude and system to the public streets protecting neighborhoods, drug-selling corners, and full sections of cities and towns across America.

Gangs are certainly not a necessary component in today’s culture but do serve to create a family environment in many of the cases. Many of the more prominent gangs like the Bloods, Crips, MS-13, Hells Angels, the MSH Outlaws, and others are all rooted in a family or brotherhood type of environment that may replace the teen’s own home issues.

In inner-cities, statistics point to the fact that many youths joining gangs do not have a father-figure present. Joining a gang gives that teen a sense of belonging and “affection” that they may be lacking. Without that figure present to guide the teen down the correct paths in life they are set to their own devices to find their way. Since gangs always need more and more members joining their ranks, the original family bond set early is enough to attract these youths.

Biker gangs, like the Hells Angels and Warlocks, have more of a brotherhood type of setting, but still, fill a void that could be missing either early in life or after traumatic events like military service. The original biker gangs were created by servicemen returning from World War II that still wanted to share the same types of relationships that they had in the military. From this grew what is known as 1%’ers. These are the bikers who live beyond the law doing and running drugs, prostitution rings, smuggling, and more.

Why Do Teens Join Gangs?

Youths and teens can be attracted to gangs for a wide variety of reasons. The fact that gangs have spread from inner-cities of major metropolitan areas to smaller cities and suburbs is a reason for concern. No longer are these types of activities just going on in the cities. Teens from all walks of life can be drawn into a gang environment if not guided away from these types of settings.

Sometimes, money can be the driving force for a teen to enter into gang activity. The teens see the fast “easy” money being made and want a piece of the action. Since the money cannot be traced, as gangs do not pay by check or issue W-2’s, it may not be easily clear in the beginning if your teen is participating in gang-related activities.

Friends may have some influence regarding joining a gang. You are always going to have to know someone in a gang before you can get anywhere near the “gang life”. Teens and youths may be swung towards joining a gang because of these peer-pressure influences. If they want to fit-in bad enough joining a gang is seen as an easy way to have friends, no matter the end consequences.

Drug use and abuse can also be a reason to start in gang-related activities. Teens that abuse alcohol and drugs can be more likely to be involved with people that around a gang. This could start with something as simple as buying drugs from someone repeatedly. If this person is associated with a gang, the ability to possibly recruit an impressionable teen is more prominent.

Anyone in a gang long enough will tell you that there are only two out outcomes of living a gang life. In jail, or in a casket. Depending on the severity of the crime that jail sentence could be a short-one and your life is turned around, or as statistics show, more jail time is in the future.

The majority of gang members are multiple offense criminals who are either out for short periods of time between arrests or have been put away in jail for an extended sentence. The reasons that a teen would want to join a gang range as far as the possible ways a teen can encounter gang activities.

Speak to an expert about Gangs And Teens and your teenager.