Do You Have Trouble Connecting with Your Difficult Teen? 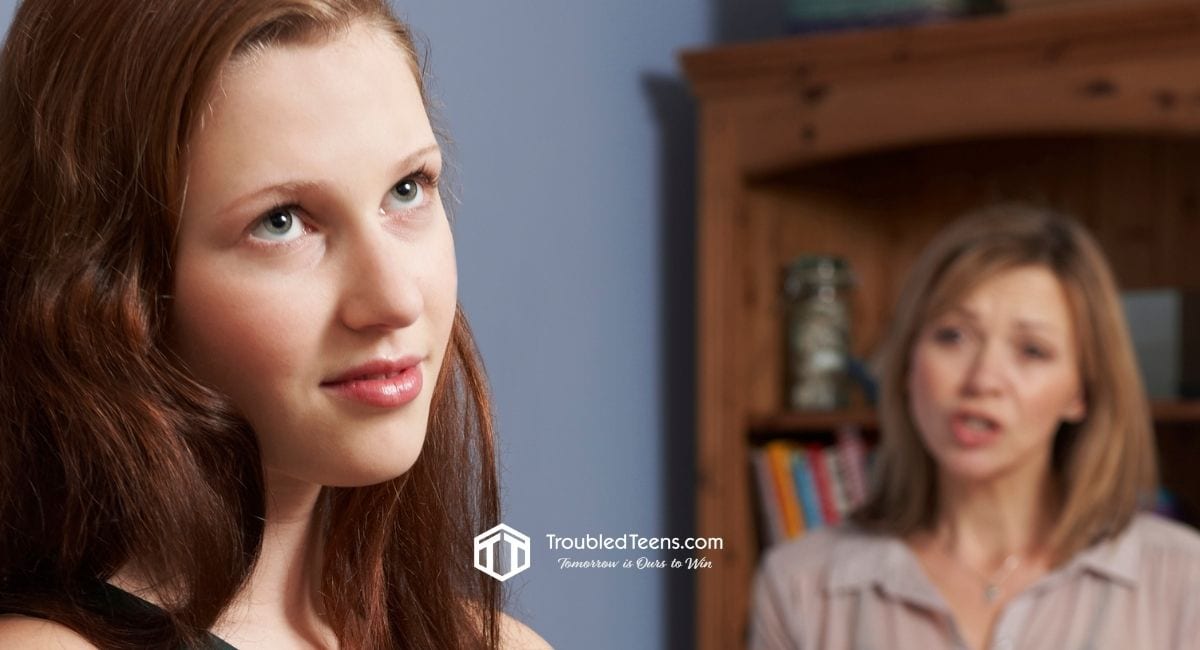 Attempting to connect with a troubled teen who has a mental health disorder may be the most challenging struggle a parent will experience. When complicated by the normal social, physical and cognitive changes impacting teens, the diagnosis of a mental illness or personality disorder will make it even more difficult for parents to maintain an open, warm relationship with their child.

In addition to having a physician or psychologist with whom a parent trusts and depends on for help when needed, parents of a difficult teen can also work on improving their relationship with their teenager by doing the following:

Successful parenting focuses on who controls who and behaving consistently as a parent when it comes to establishing the rules. If a troubled teen knows that a parent can be triggered into backing down by pushing certain “buttons”, they’ll keep using that tactic to get their way. For example, if a teenager wants their curfew extended another hour and the parent says no, the teen may say things that make the parent feel guilty:

Teen: “NONE of my friends have to be home so early. I won’t HAVE any friends if I can’t hang out with them. You’re just a control freak!“

Parent: “No, I’m not. I just worry about you being out so late and–“

Teen: (interrupting) “You just want me to stay home, do nothing and have no friends. You SUCK as a parent”!

At this point, any parent would feel upset and confused. Maybe I am being an overcontrolling parent? Maybe I am smothering him? What if I am parenting all wrong? Thoughts like this are natural when parents are confronted by a child they love but don’t know how to handle. The most important thing to remember if you find yourself in a situation like this is to take a deep breath and remind yourself your child has a mental illness they cannot control. What they say to you is their illness talking. You can take control of the situation by remaining calm and nonreactive to passive-aggressive behavior.

To defuse a scene like this, you could tell your teenager that you understand his concerns over losing friends but that true friends would not forget about him if he couldn’t stay out late. Or you could suggest a compromise by allowing him to have a friend stay the night. Whatever you decide to do, never remove the boundaries you have established for your teen.

Encourage a Difficult Teen to Solve Their Own Problems

Naturally, some issues will need to be decided by the parent but there are many problems teens should be allowed to resolve independently. For example, Mary has noticed her 15 year old daughter Annie seems quieter and more distracted lately. Since the medication Annie takes for bipolar disorder has helped reduce mood cycling and episodes of manic behavior, Mary wonders if something else is bothering her. During dinner one evening, Mary gently asks Annie if there is anything she would like to talk about:

Annie: “Nobody wants to hang out with me! I don’t have any real friends, just people who pretend to like me. I hate my life!”

Mary: “OK, what makes you think you don’t have friends? Did something happen at school”?

Annie: “I don’t want to talk about it. You wouldn’t understand, anyway”.

Mary: “I don’t know about that. You know, when I was in 10th grade, I remember thinking no one liked me because they wouldn’t talk to me. I eventually discovered they thought I didn’t want to talk to them because I was so quiet! Once I found out that out, I made it a point to go up to my friends and start a conversation. Sometimes, what you think others are feeling is not what they are feeling”.

Once Annie began opening up about why she thought nobody liked her, Mary focused her attention solely on Annie and listened. Mary did not interrupt Annie nor did she interject with negative statements. When Annie finished speaking, Mary then asked her if she wanted her opinion about the situation:

Mary: “Would you like to hear what I think is happening? If you don’t, that’s fine. Just know I am always here to listen to whatever you want to talk about. I’m here to help you in any way I can. But I am interested in hearing how you plan to resolve this problem.”

A parent of a troubled teen should avoid focusing on only one solution and instead, encourage the teen to consider several solutions.To build better relationship cues with your teen, don’t just disagree or agree with whatever the teen says, especially if they resort to blaming others for their problems. Say something like “I understand how you feel” or “it can be hard to guess what other people are thinking” and move on to more constructive dialogue.

Consequences are Sometimes Necessary to Compel Cooperation from a Difficult Teen

What can a parent do to connect with teens who consistently violate rules? Adolescents with oppositional defiant disorder may simply ignore what their parent tells them they can and cannot do. One of the most effective tools parents have to use against troubled teens is either allowing consequences to happen or making consequences happen. Here are two different scenarios involving the power of consequences:

Situation #1: Cliff’s 14 year old son Mike was diagnosed with oppositional defiant disorder six months ago. Prior to being diagnosed, Mike refused to obey rules, stayed out past curfew with older teens and never completed his assigned chores. Cliff’s method for handling Mike’s “rebelliousness” was to blame Mike’s behavior on “just being a teenage boy” and the influence of his older friends. The school psychologist met with Mike and told Cliff his son had ODD. “He needs medication and counseling” the psychologist told Cliff. Even though Cliff did send Mike to a psychiatrist, the medication and counseling did no good because Cliff would not let Mike suffer consequences of his behavior.

Situation #2: Eric’s 15 year old son Steve was diagnosed with ODD one year ago. Eric makes sure Steve takes his medications, attends counseling sessions and goes to school every day. Eric has established rules that Steve must follow or face one or more of the following consequences:

Eric does not blame Steve’s behavior on “being a teenager” or anything else. He also does not simply threaten Steve with consequences. He goes through with consequences regardless of how angry Steve gets. By acting consistently towards Steve’s negative behaviors, Eric is viewed by Steve as a parent he cannot manipulate.

Although dealing with a troubled teen is perhaps the hardest thing a parent will do, it is essential to confront teens with firmness, flexibility and empathy while holding fast to effective communication strategies that encourage a teen’s cooperation. Connecting with a difficult teenager also means involving your teen in as many family events as possible–from dinners and movie nights to vacations and weekend outings. These informal times together with teens gives them frequent opportunities to learn they can confide and trust a parent.

Speak to an expert about Do You Have Trouble Connecting with Your Difficult Teen? and your teenager.