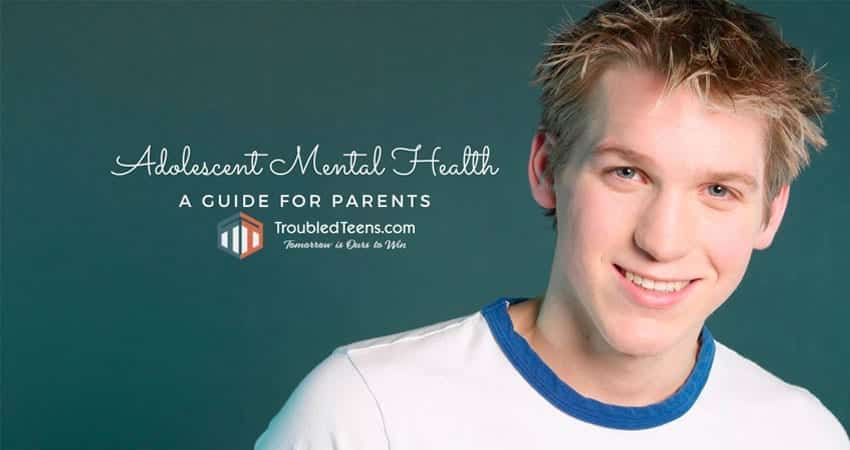 Teenagers can be fickle people caught somewhere between being a child and learning how to be an adult. This span in life between around 13 and 18 years old can be tumultuous, emotional, and all-out challenging for parents.

However, sometimes teens step beyond the bounds of typical teenagerhood and enter the realm of dangerous or worrisome behaviors. In many cases, these behavioral issues can be linked to an underlying mental illness.

Adolescents can be especially prone to mental illness, even though the problem is not quite as discussed or recognized as it should be by parents. Research indicates that 1 in 5 teens could be diagnosed with a mental disorder serious enough that it affects their everyday life or routine. Even more concerning, teen mental health problems have been on a steady incline for several years.

The National Alliance on Mental Illness gives this insightful breakdown of the current rates of mental illness among teens between 13 and 18 years old:

Adolescent mental health problems can have varying underlying causes and risk factors that can be associated with an illness. These factors can be biological, genetic, and even cultural or environmental. Some of the most common include:

Differences Between Teen Males and Females in Mental Health

Both boys and girls can have risks of mental health challenges during adolescence, but there can be significant differences between the two genders in how these issues present themselves.

Boys are more at risk of having ADHD or a conduct disorder than girls, but they can also be prone to issues with mood disorders like depression and anxiety disorders just like girls. The rate of teen suicide is much higher among boys than girls. Boys are also much more likely to act out negatively, have anger issues, and take part in risky behavior due to an underlying mental illness than girls. A few facts to consider about boys and mental health issues:

Girls have a higher prevalence of certain mental health disorders, such as depression and eating disorders. Girls can also be more likely to romanticize or contemplate suicide, and they may be more likely to attempt suicide than boys, even though instances of death by suicide in boys is higher. On the most basic premise, girls can have more inward symptoms and not be so prone to acting out. A few other facts to consider about girls and mental health issues:

Another note to consider, while the rates of teen drug use among boys are higher than for girls, girls are more likely to become addicted and need professional treatment.

Furthermore, they are also prone to becoming addicted to a substance much faster than boys. Plus, girls using drugs or alcohol on a regular basis can make riskier choices about sex and may be more likely to commit suicide.

If your child were to hit the teen years and something physical was wrong, you would likely notice and act right away. However, when a teen is struggling emotionally or mentally, they are far less likely to get the treatment they need.

In fact, the research covered by the University of Michigan states that on average, half of children and teens with a mental health disorder never get treatment. Why is there such a difference? Several factors could be at work, including:

Another major contributing factor to the underdiagnoses of mental health issues is the basic lack of knowledge among parents and caregivers. Many parents actually have no idea that teens can be so susceptible to things like depression, anxiety disorders, or even addiction.

Likewise, it is far easier to see an issue as simply “typical teen emotions” than it is to see and accept that behavior could actually be linked to an underlying psychological problem.

Parents and caregivers play the most vital role in helping a teen with mental health issues. Unfortunately, it is common for a parent or caregiver to see only the behavioral problems and not recognize those actions as signs of mental illness. Therefore, the first plan of action should include delving deeper into teen behavior to determine if there could be a bigger problem.

Some behaviors that can be linked to mental illness include:

Once you are dealing with a teen that is portraying some of these signs, it is critical to take note as a parent. Consider all aforementioned risk factors and whether a child could need professional help.

In many cases, teenage mental health problems can be treated with therapy, medication, or a combination of both.

When to Seek Treatment Beyond Therapy and Medication

Even though therapy and medication can be effective for helping some teens, there are just as many who may need more intensive therapy. As a parent, you must pay attention to the signs that a teen may be in crisis, and they may need further intervention for a more intense approach to treatment.

You should seek further treatment beyond medication and therapy if:

Taking drastic steps to intervene when a teen is in crisis is critical, and it can mean the difference between life and death. It is usually times like these when parents start looking at intensive care solutions like therapeutic boarding school or an inpatient residential treatment program.

The Effectiveness of Residential Treatment Programs

Residential treatment programs can be life-changing experiences for a teen that is struggling with behavioral issues related to mental health. A number of types of programs exist, such as therapeutic boarding schools that combine education with psychiatric treatment and residential substance abuse programs for teens specifically. These programs can be extremely effective because they tend to address:

While all programs vary in specifics, most will involve intensive one-on-one therapy, group therapy, family therapy, and various tiers of psychiatric therapy for mental illnesses. These treatment centers are designed to help a teen that has “gone off the rails” so they can get things back on track and lead fulfilling lives.

In Closing: The Impact of Mental Health and Behavioral Issues On a Teen’s Future

Mental health issues in the adolescent years can have dire consequences that affect the rest of the individual’s life if they are not treated properly and in a timely manner. Teens can end up facing legal woes or having a criminal record that follows them for many years. They can make significant academic mistakes that may negatively impact their future opportunities for employment.

Further, things like teen pregnancy, risky sexual behavior choices, and drug use can come along with many new hardships that become lifelong challenges. These challenges, if left unaddressed, will most likely interfere with a teens’ ability to form and maintain healthy relationships.

As a parent, you have to recognize that a teen may not always have the ability to save themselves, especially when mental illness is involved. If you have a teen that is on a self-destructive path, reach out to us to learn more about residential treatment options, therapeutic boarding schools, and other options.

Speak to an expert about Mental Health Is a Growing Problem for Adolescents | A Guide for Parents and your teenager.