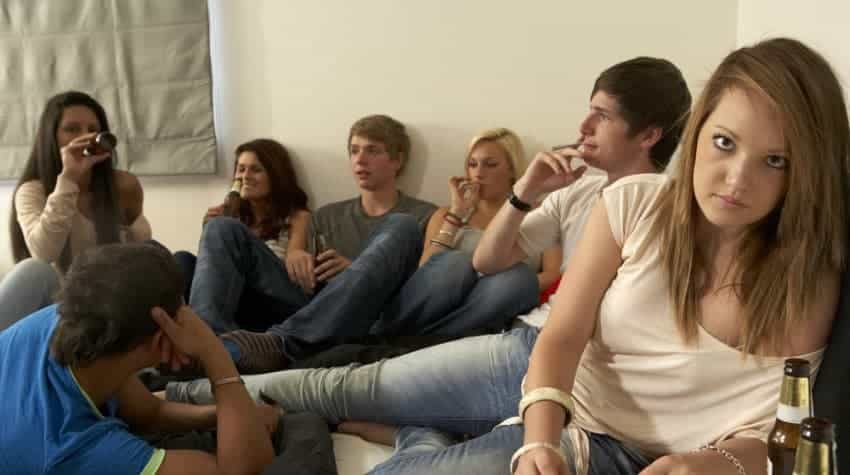 According to the National Institute on Drug Abuse (NIDA), nearly one in three teens currently engages in activities that put them at risk for developing a drug problem. Often, there are warning signs: binge drinking, an obsession with others’ approval, a social life that revolves around illicit revelry.

As parents, it’s important to intervene—ideally before these behaviors have a chance to develop—and have a frank but calm conversation with your teen about drug use and abuse. Learn the statistics about drug abuse to equip yourself with the knowledge you need to identify and address problems.

Marijuana use is on the rise! Though marijuana use saw a downward trend beginning in the 1990s, come the late 2000s it was again on the rise. In 2012, 6.5 percent of 8th graders, 17 percent of 10th graders, and 22.9 percent of 12th graders admitted to using marijuana within the past month, an increase in each case of about 30 percent in the last five years. Daily use has also increased.

In the same survey, daily use among 12th graders has increased from 5.1 percent in 2007 to 6.5 percent in 2012. Society’s changing perception of marijuana as a “safe” drug—see the debates about medical marijuana and legalization—are likely responsible for this increase. Prescription drug abuse remains a major concern. In 2012, 14.8 percent of 12th graders reported using a prescription drug non-medically. The most commonly abused prescription drugs among teens are the pain relievers Vicodin & OxyContin and the stimulant Adderall.

On the plus side… The past five years have seen a substantial drop in cocaine, ecstasy, and inhalant use among teenagers.
Inhalant use is at its lowest level since the National Institute on Drug Abuse started keeping track.

Significant drops have also been reported in daily alcohol use among teenagers. Binge drinking among high school seniors has declined 25 percent since the mid-90s.

According to the 2012 survey, now 22.9 percent of 12th graders are current marijuana smokers, while only 17.1 percent of 12th graders are cigarette smokers. Those numbers are for teens who’ve used the said drug within the past month. Nonconventional inhaled tobacco use is rising, however. The use of hookahs and small cigars now outranks cigarette smoking as the tobacco vectors of choice.

Speak to an expert about Teen Drug Abuse Statistics and your teenager.